Thursday, July 17, we headed to Wyoming for our first state ride outside of Oklahoma.  We drove through Kansas this trip, instead of the usual Amarillo to Raton, NM route, and it actually took less time.  We spotted Alloway’s Restaurant west of Hays, Kansas near Ellis and wondered if it was owned by any of our relatives.  We left home at 6:20 a.m. and pulled into Wheatland, WY at 6:30 p.m. 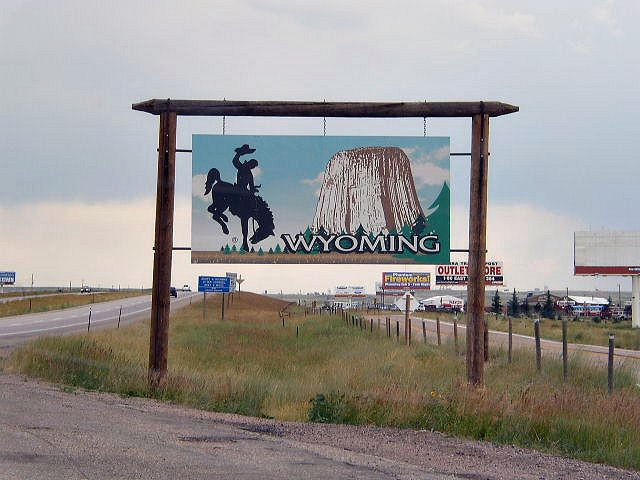 Here is the Wyoming State line, it should say.
Entering "God's Country" 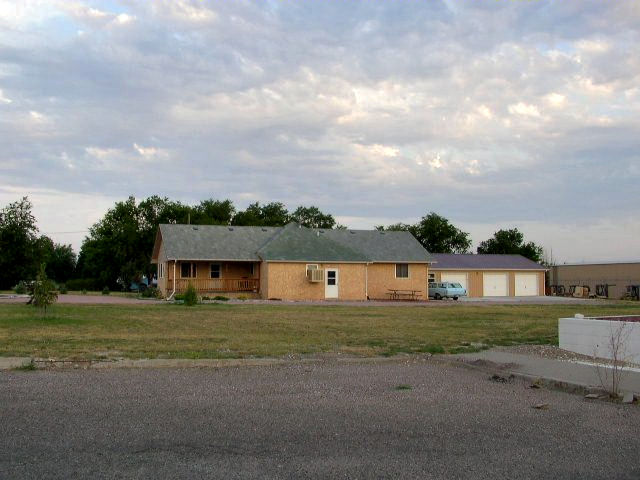 Laurie spent a lot of time here with her grandmother in this house in Wheatland, Wyoming.
The house has had some additions, including a three car garage. 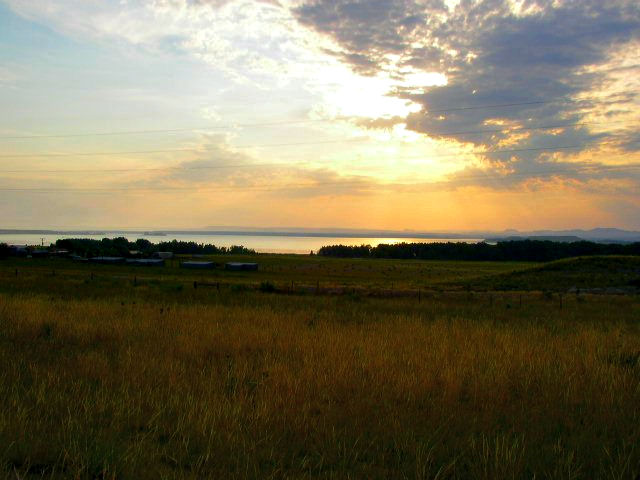 This is a picture of the lake at Glendo, Wyoming 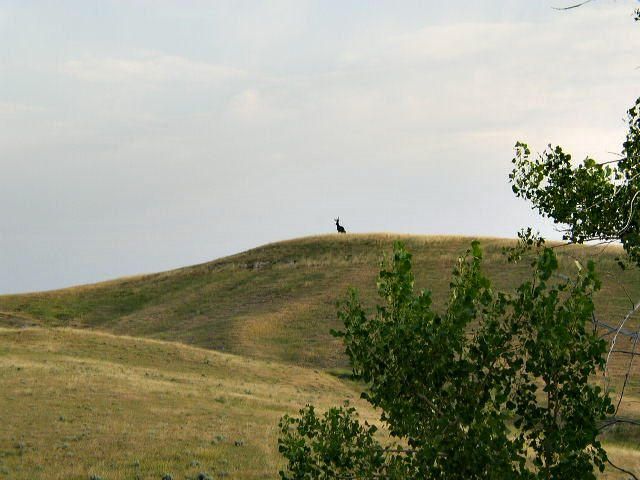 This is a picture of a "Jackalope" on a hill outside of Douglas, Wyoming.  Douglas is the Jackalope capitol of the world.  They were everywhere this year. You have to watch closely for them in the early morning as they come out just after sunrise. I worked with a guy named Jim King,  He shot one during hunting season in 1988 and had it recorded  in the Boone and Crocket book.  My other good friend Mr. Bob " Bull Dog" Williams had the great title of being the Jackalope jerky distributor for the Central Region. 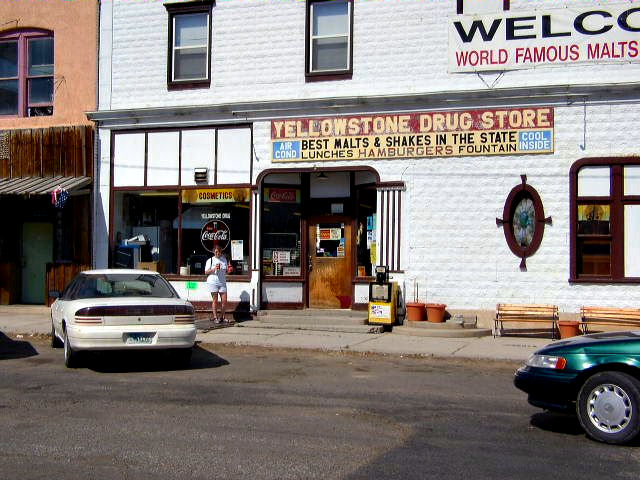 Here is Laurie out side of the world famous Yellowstone Drug Store in beautiful downtown Shoshoni, Wyoming.
We always stop for the best malts.

We arrived in Riverton about 10:30 a.m. on Friday morning.  Our room wasn’t ready so we drove some area roads to scout out a route for our Saturday morning ride with Leonard.  We swung by the motel one more time and spotted Leonard pulling out.  He got there about 11:30.  We went to lunch at Taco John’s and then drove out to Sinks Canyon.  The roaring creek comes down this canyon and disappears into an underground cave.  Several miles further down the road, the original water plus some more comes out at what is called the Rise.  Tests have been run and the water takes several hours to come out.  No one knows where the water disappears to inside the mountain or the path it takes before coming out.

We hadn’t heard from Mother and Jacob, her grandson, by 6:00 so we started to leave to eat and here they showed up.  We went across the street to the Broker.  It wasn’t very good.  There was a car and motorcycle show in town that started with a street burning and parade.  The cars would burn their tires to make one pass on the street before starting the parade.  We walked around after eating and ran into a loaded cycle tourist.  He was from Fort Worth and would cycle one state a year.  This year he started in Steamboat Junction, CO and rode to Billings, MT.  After Cody, he was going over Dead Indian Pass to ride to Billings.  It was about 8:00 p.m. and he was riding on to Shoshoni  (22 miles) before calling it a night.


Click thumbnail for larger view of photo. Captions below

Saturday morning the Three Musketeers (Jim, Leonard and I) headed out at 6 a.m. for a little pre-tour ride.  It was nice and cool.  We headed towards Lander and discovered a bike trail running along the highway.  We rode it to the end and then headed back to take a loop ride on Arapahoe Road.  We spotted 22 hot air balloons and as we rode back into Riverton, we joined the chase cars following the balloons.  A bike makes a great chase vehicle.  We saw one balloon land and take on a new tank of fuel before lifting into the skies again.

Click here to go to the start of the Tour